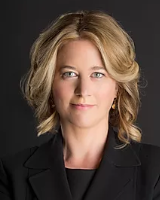 Shawna is the principal and founder of the Law Office of Shawna L. Parks, which litigates education, civil rights and disability rights cases. Throughout her career, Shawna has worked extensively on high-impact and class action cases, including a number of cases regarding the rights of people with disabilities in the criminal and juvenile justice systems, as well as a wide variety of cases addressing access to government programs and services, such as the court system, educational institutions, and government benefits. Her work has also encompassed cases addressing housing and homelessness, and other issues directed at the needs of very low income people with disabilities. Her education work has a particular emphasis on cases involving youth with disabilities who have behavior issues or where there is court or police involvement, with the goal being to ensure these youth remain in supportive education settings and out of juvenile halls, jails and prisons. She also focuses on cases involving students with chronic medical conditions, and districts where there are systemic educational violations. Shawna also has extensive experience on a variety of civil rights matters, including Constitutional claims and fee shifting in civil rights cases.

​Shawna has twice been named an Attorney of the Year by California Lawyer Magazine for her work on precedent-setting cases, including her work on a landmark class action addressing systemic education reform in Los Angeles County’s largest juvenile detention camp. She has also twice been named one of the Top 100 Women Litigators in California by the Daily Journal, and twice been a part of litigation teams named as Finalists for Trial Lawyers of the Year Award by Public Justice, including for her work on educational reform in detention facilities and large scale barrier removal along public rights of way in Los Angeles. In 2016, Shawna received the “Breaking Education Barriers” award from the Learning Rights Law Center for her cutting-edge work on education issues, and in 2018 she was recognized by the Disability Rights Legal Center for her outstanding pro bono service based on her continued work with low income people with disabilities. She was also a lawyers representative for the Central District of California to the Ninth Circuit Judicial Conference from 2010-2012.

​Prior to founding the Law Office of Shawna L. Parks, Shawna handled impact litigation at leading nonprofit organizations. Shawna was Co-Director of Litigation at Disability Rights Advocates, from 2012 through 2013, leading the nation’s top disability rights impact litigation firm. Among other matters, Shawna was lead trial counsel in a class action representing more than 900,000 people with disabilities in a challenge to the City of New York’s failure to address their needs in its large scale disaster plans. In 2013 Shawna led the trial team to victory in the first trial of its kind in the nation.

​From 2005 through 2012 Shawna was with the Disability Rights Legal Center in Los Angeles, where she was most recently the Legal Director. In addition to litigating cases, from 2007-2012 Shawna was an Adjunct Professor at Loyola Law School where she co-taught Disability Rights and Special Education Law, and supervised DRLC’s litigation externship program. From 2003 to 2004 she was also an associate attorney at the civil rights law firm of Schonbrun Seplow Harris & Hoffman, where she worked on employment discrimination matters, including race and sex discrimination.

Shawna is a 1995 graduate of U.C. Berkeley, and a 1999 graduate of Boalt Hall School of Law at U.C. Berkeley, where she was a Notes and Comments editor for the California Law Review, and member of the Task Force on Public Interest Law. She was also a Fulbright Fellow in Budapest, Hungary from 1999 to 2000, where she studied the implementation of Hungary’s then-new anti-discrimination legislation. Shawna also received an Equal Justice Works Fellowship for her work as a new lawyer from 2000 to 2002.