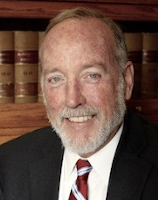 Michael J. Long has concentrated in the areas of education law, special education, collective bargaining, employment/labor relations and municipal law since 1980. He represents several Massachusetts school districts including Vocational Technical Schools, as general, labor, and special education counsel. He has rendered services as special counsel for many other public employers. For many years he has served as general counsel to the Massachusetts Association of School Superintendents (MASS), to which he renders advice on a wide range of education law topics. In 2010 he was appointed to Attorney General Martha Coakley’s Commission on Bullying in Schools. In 2012 he was appointed to the Boston University School of Education Program Advisory Board, a group designated to assist the University in an assessment of the needs and mission of the University’s School of Education. Mr. Long was the primary management representative consulted by DESE in drafting the recent model contract language for teacher evaluation.

Attorney Long has been a featured panelist at Massachusetts Bar Association seminars on a number of topics in the fields of education and municipal law. Mr. Long has been a featured panelist at several of the Massachusetts Continuing Legal Education Corporation’s annual School Law seminars. He also authored a chapter on public school finance for School Law in Massachusetts, recently published by the Massachusetts Continuing Legal Education Corporation. Other professional activities include numerous presentations at statewide and regional conferences for school committees, superintendents, and business officials. He has been a featured panelist at several annual conferences of the Boston Society of Architects, speaking on indoor air quality and school construction issues. Over the years Mr. Long has taught many School Law courses in the state college and university system, and most recently has taught school law for Boston University’s Graduate School of Education.

Long & DiPietro, LLP has decades of experience representing school districts and superintendents in labor negotiations, arbitration hearings, administrative agency hearings and before the courts. In addition, the partners in the firm have authored publications on a number of school law topics and have been featured speakers at numerous conferences and workshops on various school law issues.