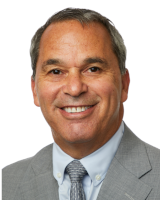 Mark E. Brossman is co-head of the Employment & Employee Benefits Group. His areas of concentration include ERISA, employment discrimination, labor relations and related litigation. Mark is well known for his expertise in education law and representation of educational institutions including independent schools, colleges, universities, professional training programs and education-related associations. Mark is a frequent public speaker and author. He has served as an instructor at Columbia University Teacher’s College and as a lecturer in the Cornell University ILR School’s Labor Relations Studies Program.

Mark was named the “2020 Lawyer of the Year” in Labor Law — Management in New York City by The Best Lawyers in America. He is also listed in New York Super Lawyers and was recognized by both Human Resource Executive and Lawdragon as one of the 100 most powerful employment attorneys in America. Mark received the Cornell University School of Industrial and Labor Relations’ prestigious Judge William B. Groat Alumni Award, the Emerald Isle Immigration Center’s Robert Briscoe Award, membership in the Academy of Employee Benefit Authors, and the Lawyers Alliance for New York’s Cornerstone Award (for outstanding pro bono service to New York nonprofit organizations), in addition to being the first recipient of LANY’s Pro Bono Leadership Award. He also is active in several not-for-profit organizations and serves on the Board of Directors of New York University School of Law’s Center for Labor & Employment Law, the Advisory Council of Cornell University ILR School, the Board of Trustees of Bard College, the Advisory Board of The Scheinman Institute of Conflict Resolution at Cornell University and is a trustee emeritus of the Montefiore Health System Inc.

Founded in 1969, Schulte Roth & Zabel is a multidisciplinary firm with international clientele. Over time, we have become known for two things: doing great work in the financial services sector — and many related industries — and doing things a little differently than many of our peers.

For one, our philosophy is distinct, and our specialties more finely honed. Instead of trying to be everything to everybody, we’ve grown organically and in ways that make sense for our clients’ industry demands and evolving needs. Today, we regularly advise clients on investment management, corporate, and transactional matters. We also provide counsel on securities regulatory compliance, enforcement, and investigative issues, as well as targeted specialty areas that we have developed over time.