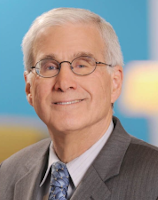 Mr. Stellman has over 40 years of experience as an education law, labor and employment attorney. A labor lawyer by training, early in his labor law career Mr. Stellman appeared regularly before the National Labor Relations Board and participated in arbitration proceedings and hearings before the NLRB, serving as chief negotiator in collective bargaining.  Becoming more involved in the public sector, in the 80s Mr. Stellman began to focus his career on education law. Throughout his career he has represented the majority of Maryland’s school districts in virtually every type of school related litigation ranging from employment and personnel matters to school construction, property, land use, and real estate law, special education law, the laws governing disability rights including Section 504 of the Rehabilitation Act and the Americans With Disabilities Act, Title IX of the Education Amendments of 1972, student discipline, speech, religion, and other constitutional rights asserted by students and school employees, student records law (FERPA) compliance, and purchasing and procurement. He has appeared in many cases before local boards of education, the Maryland State Board of Education, and the State Higher Education Labor Relations Board (“SHELRB”).  Mr. Stellman has also litigated widely in both the public and private sectors, defending employment discrimination and wrongful discharge lawsuits against employers. He regularly appears before the EEOC, the Maryland Commission on Civil Rights, and the Howard County Office of Human Rights. He also has extensive wage-hour law and occupational safety and health law experience.

Furthering establishing himself as a leader in the education and labor law sector, Mr. Stellman has taught school law at Johns Hopkins University and the University of Baltimore School of Law. He has also authored and co-authored several publications on education law including Teachers and the Law; School Law: What Every Educator Should Know, and most recently a chapter in Religion and Law in Public Schools: History, Philosophy, Trends and Education Administration entitled “The ‘Tebow’ Effect:  Religious Families’ Demands for Public School Services – Where is it Heading?”; articles on education including Coping with Public School Employee Labor Relations: An Employer’s Perspective and The Top Ten Legal Issues Facing Community Colleges; and has served two terms on the national board of directors of NSBA’s Council of School Attorneys. Mr. Stellman currently serves as chair of the Council of School Attorneys amicus committee, in which role he has prepared briefs on behalf of NSBA to the U.S. Supreme Court and various federal and State appeals courts.

Freedom of speech, child abuse, security, accommodating disabilities and providing special education, religious freedom, sexual harassment, immigration issues, labor negotiations, construction litigation . . .  These are just a few of the issues that make operating an educational facility more complex than ever. PK Law ’s education lawyers become an integral part of their clients’ management teams as they guide them through the maze that leaders in education must navigate.