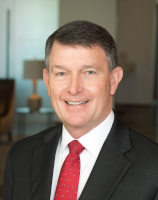 Practicing in both the Birmingham and Montgomery offices of the firm, and with strong ties to Alabama’s business, government, and higher education sectors, Dave Boyd is regularly involved in complex, high-stakes disputes. Dave’s diverse litigation practice has included representation of some of the country’s largest companies both at trial and on appeal in cases about energy, the environment, intellectual property, insurance, employment, engineering, shareholder rights, certificates of need, excessive punitive damages, and many other subjects. His long experience in the state’s capital city has also positioned him well to assist clients in dealing with state agencies and officials. Complementing his law practice, Dave has a career-long record of service to the legal profession for which he has been recognized on numerous occasions.

Balch & Bingham LLP is a corporate law firm with more than 200 attorneys across offices in Birmingham and Montgomery, Alabama; Jacksonville, Florida; Atlanta, Augusta and Vidalia Georgia; Gulfport and Jackson, Mississippi; and Washington, D.C. We are recognized for our deep experience serving clients in regulated industries, including energy, financial services and healthcare, and our established practices in business, environmental, government relations, labor and employment and litigation. Our firm’s professional, collegial culture is inspired by nationally ranked attorneys who combine business intelligence and industry leadership with high-quality legal counsel to anticipate and respond to corporate challenges both creatively and proactively. We manage our client partnerships with efficient processes and transparencies that result in an uncommon, value-driven client experience. Balch & Bingham was founded in 1922.